I Love You LONgTIME – LONgTIME in Brisbane, Australia

When we arrived in Brisbane, it was a mess. Let me clarify, Brisbane’s club going set was a mess. I can’t really blame Brisbane. It was about 7:30pm on a Wednesday evening and people were quite busy celebrating Ekka People’s Day, the official Royal Queensland Show public holiday (August 10, 2016). This meant that in order to get to dinner, we had to bob and weave through throngs of slightly and/or very tipsy Brissie party animals who were streaming in and out of the packed bars in Brisbane.

It’s easy to miss LONgTIME because this local treasure is hidden down a narrow alley way off of Ann’s Street in Brisbane’s buzzy Fortitude Valley. 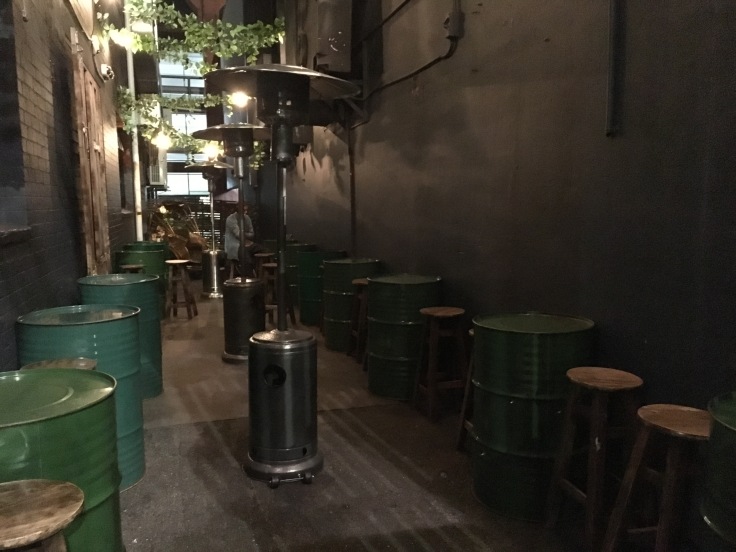 Despite the veritable human obstacle course, we were able to make it unscathed to the frond filled oasis that is LONgTIME. (Presumably because if you were one of the Brisbane locals who had a few too many cocktails, it’s highly unlikely you’d have been able to spot LONgTIME’s tiny sign.)

LONgTIME is worth a bit of backtracking and hunting for. It truly is the perfect place to indulge in amazing Asian-fusion cuisine because of its unique decor (check out the adorable water glasses) and the fantastic wine list.

In addition to LONgTIME, here’s a list of other neat little local spots we love across Australia. 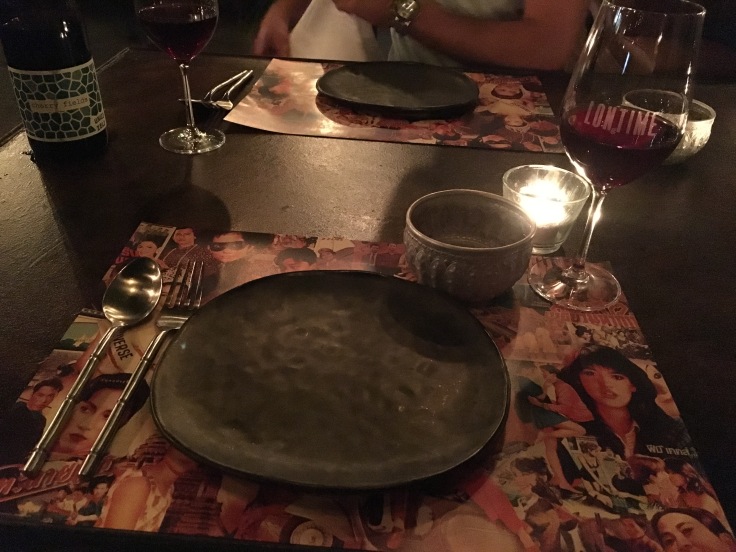 If you are too tired to read or if you’re just indecisive, it’s worth putting you and your table mates’ tummies in the hands of  Ben Bertei and Nathan Lastavec, LONgTIME’s head chefs.

The chef’s menu option is $65 per head and will end up saving you a bit of money had you ordered the same dishes a la carte.

Submitting yourself to the chefs’ whims also means you’ll challenge yourself and be pleasantly surprised by dishes you might not have otherwise succumbed to. (Not normally a tofu fan, I likely would have bypassed the first dish we were served, the five spiced tofu baos, but it ended up being one of my favorite things on LONgTIME’s menu. The smoked tomato relish had heat, but the spiciness didn’t overwhelm the tofu.)

After the tofu baos landed on the table, they were quickly followed by LONgTIME’s fried chicken burgers. The chicken burgers were probably my second favorite dish of the night. The chicken is perfectly fried to a mouthwatering crispiness that leaves you wishing there were 18 more of these yummy morsels on the plate. The white pepper mayo compliments the crunch of the chicken with just the right creamy notes. Accompanying the fried chicken burgers were soft shell crab baos. I’m not normally a cole slaw fan, but the apple slaw on these baos was sweet and a great accomplice for the delicate ocean crab.

Next up came a banana flower salad tossed in sweet and sour coconut dressing with organic chicken. The plating and presentation of the dish was quite lovely, but compared to the first three dishes, the banana flower and chicken just didn’t have the pizzaz and oomph of the baos and the burgers.

Another top contender at LONgTIME is the coconut and tumeric curry made with Morton Bay bug (a type of lobster common in both the Indian and Pacific oceans) and Asian celery. As with the tofu baos, I very likely may have skipped this curry had it not been for the chef’s choice offering. This curry has fire, but it’s tempered by the coconut and kaffir lime. (Note: Do NOT eat those somewhat tasty looking lime leaves unless you want a real breath cleanser.) This curry and its killer cilantro is fantastic.

A Penang curry of slow cooked beef cheek popped up next. This dish, with its ginger and peanut accoutrements, would have been on my must order list, but it wasn’t as enticing and flavorful as some of the other dishes on LONgTIME’s menu.

My third favorite dish of the night (I truly had a tough time deciding the order of my top three and would happily stuff myself silly with all three of these dishes again), is LONgTIME’s pork belly noodle dish. Decadent and divine, the slow roasted crispy pork belly tops perfectly executed pad see ew, choy sum and pickled chili.

Our final dish of the evening was an off menu dessert made up of coconut tapioca, passionfruit cream and a dehydrated strawberry. 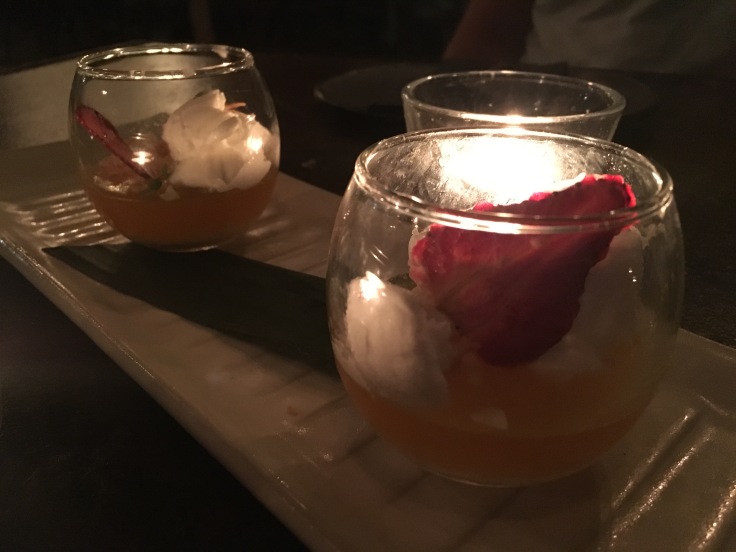 The only qualms with the restaurant for some might be the low lighting, high volume music (we had to ask the server to repeat the names of our dishes a few times) and the rapid fire pacing of the dishes (which often meant one plate was getting cold as we dove into another dish).

We thoroughly enjoyed our meal at LONgTIME and would happily come back again. All in all LONgTIME’s Thai flavors are definitely worth tucking into, so go ahead and frolic in the fronds at LONgTIME.

4 thoughts on “I Love You LONgTIME – LONgTIME in Brisbane, Australia”