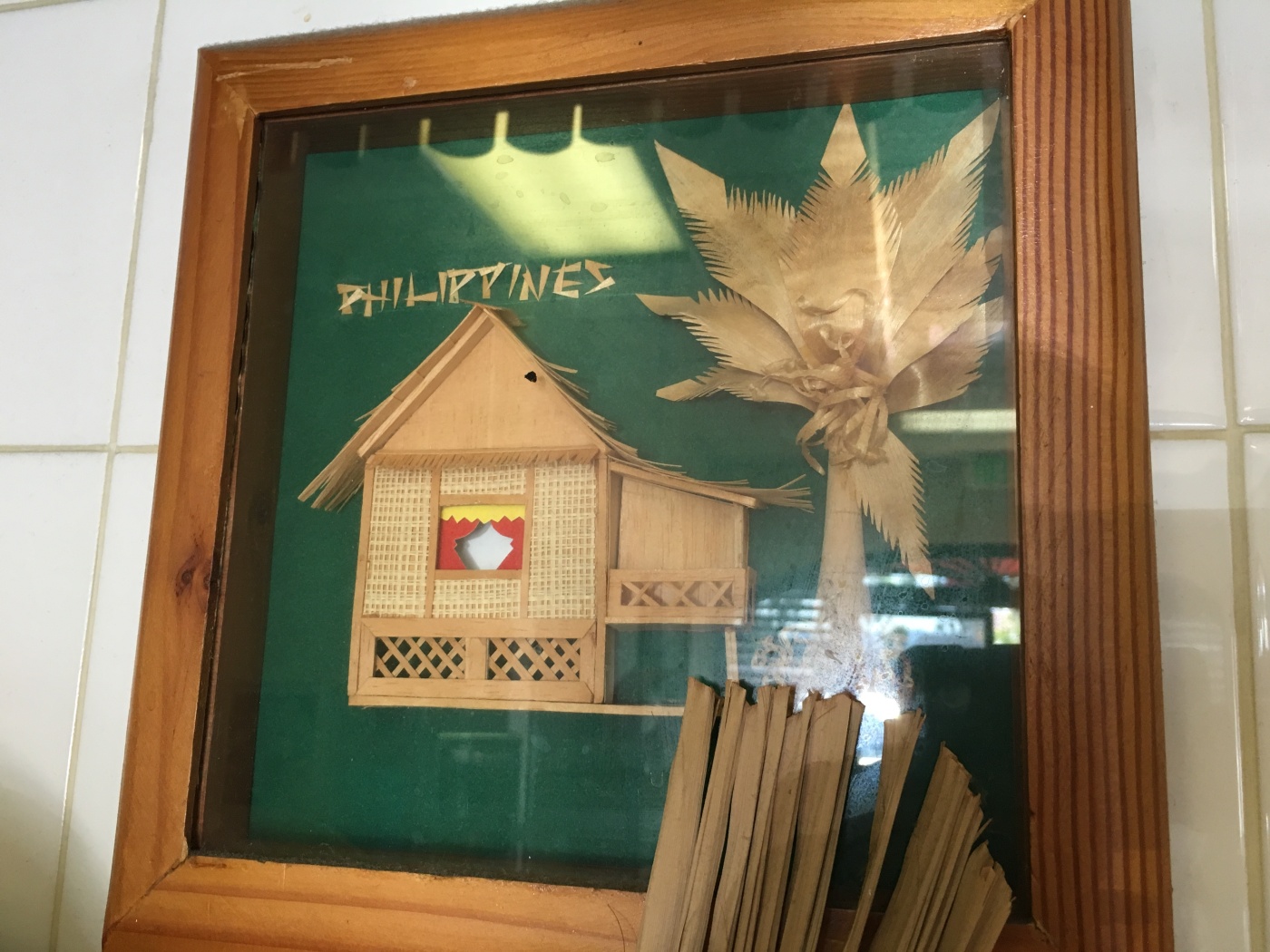 Testing out foreign cuisines costs a lot less than, say, a plane ticket to another country, but trying to decide which dishes to taste can be intimidating your first time around. Thankfully my aunt is Filipino, so when we decided to give Philippine cuisine a whirl we knew who would be the best company and the ideal Filipino culinary guide. If we wanted to try authentic Filipino dishes that were close to what my aunt grew up with, there was only one place to go according to her and that is D.J. Bibingkahan Restaurant and Bakeshop in West Covina, California.

D.J. Bibingkahan is what is often referred to as a “turo turo” style restaurant in the Philippines. Turo turo means “point point” in Tagalog. Seeing the dozens of dishes on offer at D.J. Bibingkahan made it clear fairly quickly that pointing at your desired grub is the best way to secure your dish of choice.

In my case there was a lot of pointing and asking questions, so I could better understand what ingredients were making everything smell so dang good. Thankfully we arrived at the restaurant after the lunch rush hour and the staff was insanely sweet. The patient crew at D.J. Bibingkahan helped me figure out not only each dish’s composition, but its spelling too.

Our first order of business was a the free sour tamarind base soup called sinigang that came with our meal. It had a homeyness to it… a bit like a Filipino chicken soup (minus the chicken and insert pork).

We also tried ginataang langka which is a yummy spicy dish made up of jackfruit, pork, coconut milk and chili peppers.

We also tested out a cup of bulalo which is a rich beef shank and bone marrow stew.

Another unique item we had was pancit. Pancit is thicker than a spaghetti noodle. Pancit is a cheap grab and go item in the Philippines. After having a bite of the fried noodles, it was easy to see why they’re popular.

D.J. Bibingkahan is more of a dive restaurant than it is an upscale foodie experience. If you’re okay with banged up tables, styrofoam containers, friendly staff and getting out of your taste comfort zone, consider taking a trip to the Phillippines with D.J. Bibingkahan.

Since it is a fast food style restaurant , dishes are made in advance, but that’s also why it has amazing prices. When was the last time you got a food item (not from a drive thru window) for less than a dollar? Turon, which consists of fried banana and jackfruit rolled in a lumpia wrapper, will cost you only .65¢ a piece at D.J. Bibingkahan. (Breakfast combos run from $3.99 up.)

Perhaps it’s no coincidence that D.J. Bibingkahan has “bibingka” (a celebratory cake made with coconut and sweet rice flour that is traditionally eaten around Christmastime) in its name. Eating at D.J. Bibingkahan is a bit like opening a gift and not knowing what to expect. Trying each new dish and the unique Filipino flavors can be surprising. At the very least, now you know D.J. Bibingkahan is one place where it’s perfectly fine to point. You also won’t break the bank if you decide to give the .65¢ turon a try …or maybe you’ll decide to go big and give those bibingkas a whirl for a dollar ten.