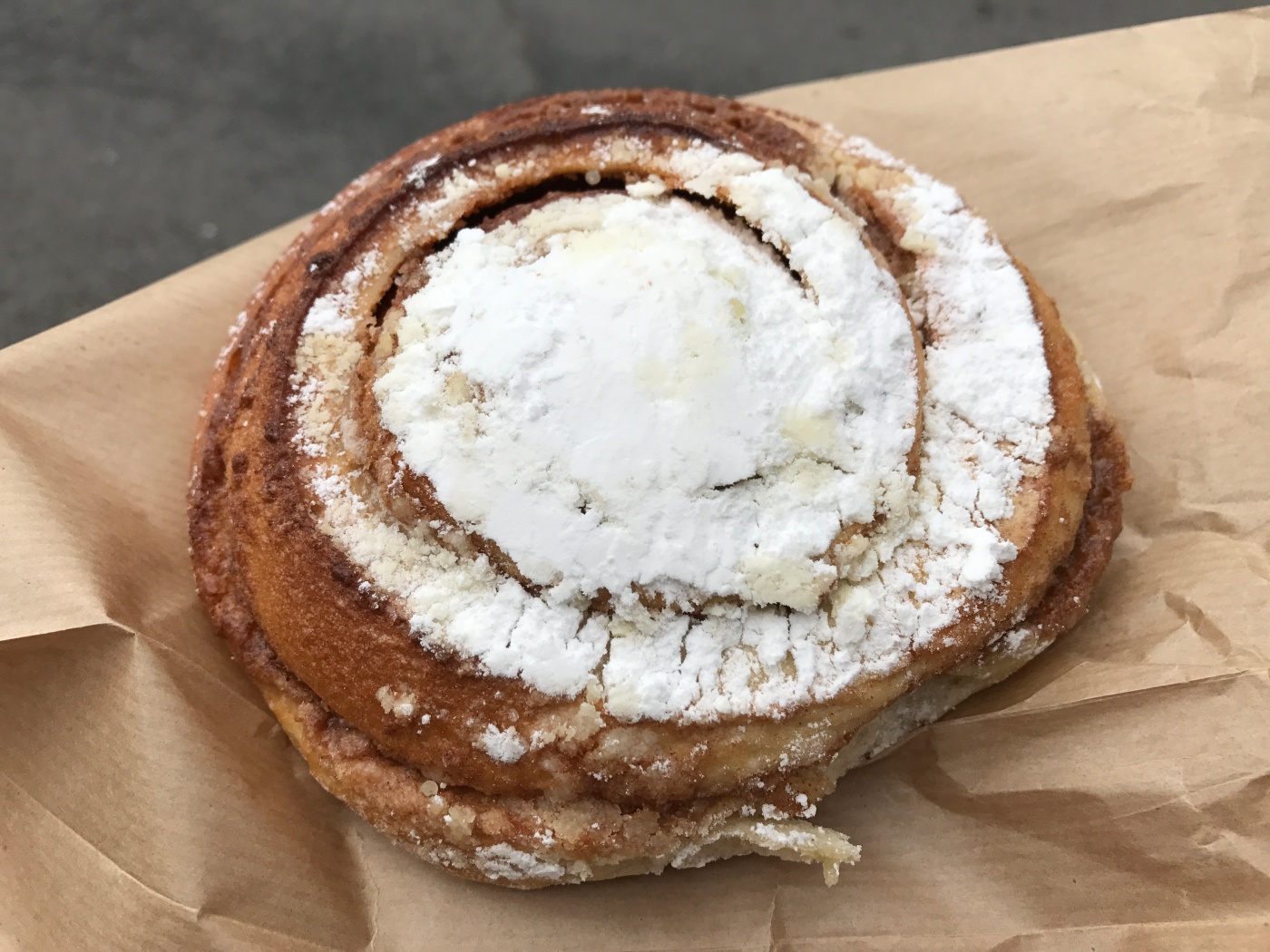 Iceland has no shortage of incredible vistas and amazing places to discover. Many Nordic countries are known for their hefty traditional dishes, like Sweden’s toast skagen. Iceland stands apart from its Northern European brethren in that it isn’t afraid to part with tradition and add a modern flair to dishes. From the scrumptious coffee + milk bars you’ll find at Omnom Chocolate in Reykjavík to the volcano pizzas you can dive into at Kaffi Krús in Selfoss, Iceland covers all the comfort food bases and then some. In that respect, Iceland’s food scene is much closer in relation to the new Nordic dishes you’ll find sprinkled across Copenhagen, Denmark. The mothership of Icelandic baked goods and cinnamon buns (known as kanilsnúðar) the size of Princess Leia’s head is Brauð & Co. in Reykjavík.

The original bakery location on Frakkastígur opened its doors in April 2016. It is a place where you’ll find viking daily-breaders and tourists alike all clamoring about for the freshest find from the oven. Two additional locations sprouted up in 2017, on Fákafen and Hlemmur Mathöll, perhaps as a testament to the massive influx of hungry visitors Iceland has seen in recent years.

There are also loaves of fresh bread and other pastries like croissants available. Brauð & Co. has a plethora of baked goods, but most people come because of their irresistible kanilsnúðar which are similar to cinnamon buns.

On any given day you’ll see an exotic range of flavors on display in the shop’s trays.

In addition to Brauð & Co., here’s a list of other neat little local spots we love across Iceland.

From traditional vanilla and cinnamon to rhubarb and blueberry licorice versions, it’s hard to snag a sniff and not purchase at least one of the buns at Brauð & Co.

While happily munching on our traditional cinnamon flavor and Icelandic licorice cinnamon buns (you’ll find licorice everything as you travel across Iceland), we washed them down with a refreshing Ebeltoft Gårdbryggeri rabarber frisklavet brus (rhubarb soda). Ebeltoft Gårdbryggeri is a farm brewery based in the old port town of Ebeltoft, Denmark.

One of the best things about this little local bakery chain is its open layout. (For the record, we also adore the pastry viewing areas at Mirabelle in Copenhagen and Voyageur du Temps in Los Altos, California.) As you queue up for your order at Brauð & Co., you can watch the bakers hard at work.

Clearly we’re big breakfast fans. Curious about some of the other crazy brekkies we’ve taste tested around the globe? Here are some of our favorite brunch places in the world.

We love this arrangement because it makes it easier to endure any long lines you might encounter. We highly recommend that you pop by Brauð & Co.’s original location whether it’s to catch a whiff of something wonderful or to snap a photo of its funky graffiti dressed building.

15 thoughts on “Buns of Cinnamon – Brauð & Co. in Reykjavík, Iceland”